It’s about the impeachment trial of Donald J. Trump. You know, a trial. With a judge dressed in black, prosecutor, defense attorney, jury and exhibits like documents, videotape, etc

Oh yeah, and witnesses who swear to tell the truth.

Everything they’ve seen on TV for decades and expect to see when Trump is on trial. 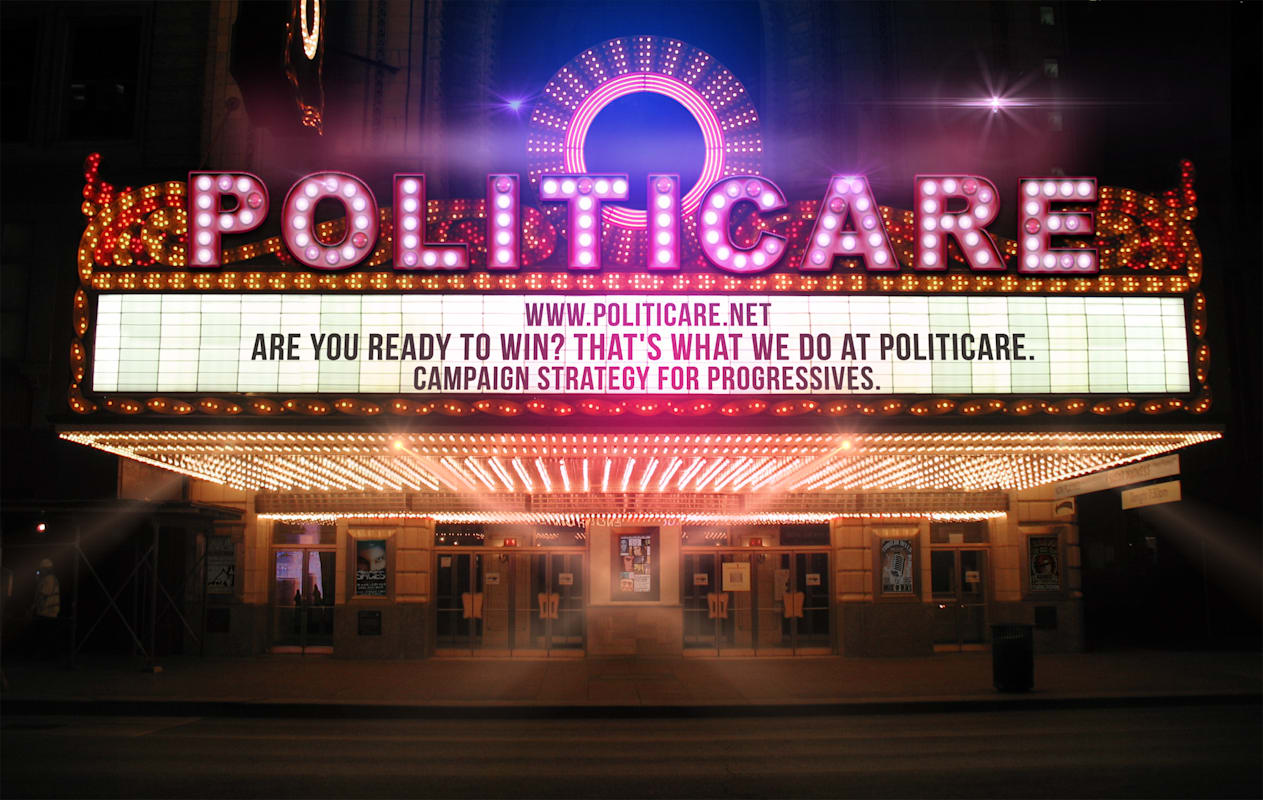 Progressives are set to win big in 2020 and POLITICARE is helping to make that happen.

So her nightmare is the pressure point: “If Donald Trump didn’t do anything wrong, why not have his staff say so as witnesses?

Even Trump’s supporters have joined in with the 75% of Americans who want to hear witnesses. They’re thinking guys like John Bolton and other big-shots would exonerate him?

But it’s getting pretty clear that McSally’s mentor Majority Leader Mitch McConnell (R-KY) doesn’t think so and he’s been vocal about that. But not allowing testimony isn’t sitting well with Trump who thinks the Senate’s GOP majority works for him and ought to clear him of wrongdoing. Period.

But most voters don’t agree with McConnell…or McSally.

That spells trouble for McSally who’d prefer to  campaign mimicking Trump lashing out to the delight of “the base.” But just how does she pull that one off: Something like “What the Democrats have done to the President is indecent and unfair; he didn’t even have a chance to defend himself.”

Reporter: “So Senator why don’t you support bringing witnesses in like the President’s top staff and advisors to testify? Might they not help clear the President of any wrongdoing? Or are you worried they’d just dig the hole deeper?”

So look for McSally’s team to be polling like mad on the issue to see if there’s a way out. In the meantime, the Democrat’s candidate Mark Kelly (D-Space) is leading McSally by 3-points 47-44 statewide and is out-pacing her on fundraising too.

But the story will ultimately come out of Maricopa County where his lead grows to 10-points. That’s the other McSally headache. It has become nearly impossible to win a statewide race in Arizona if you lose the state’s largest county.

But wait! There’s more. Something the national media doesn’t yet understand is how quickly the state has been turning “blue,’ functionally by-passing “purple.”

The supposed “solidly red” state has 9 House seats and Democrats hold the majority 5-4. And a U.S. Senator who’s been actually elected. Democrats are heading up the state’s two largest vote centers: Phoenix in Maricopa County and Tucson in Pima County.

Dems got their mojo back in the State Legislature, too. Coming close to a majority in 2018 and continuing on a roll with unheard-of grassroots activity. Add to that a better than even chance Dems can add another congressional seat in November. The GOP weakling is 6th district Rep. David Schweikert. The congressman faces serious ethical issues that are still under investigation. He also has a voting record that is easy pickings for a carefully orchestrated Democratic campaign (i.e. NEVER TALK ABOUT IMPEACHMENT) especially his positions on Health Care and votes to strip away protections for those with preexisting conditions.

Take him out and it’s 6-3 for Democrats.

(In a just world Gosar, Biggs and the “smart one” Lesko, would be bounced too.)

Finally, even before he became only the 3rd president in history to be formally impeached by the U.S. House of Representatives, Donald Trump’s Arizona support has dropped 24% since taking office. His approval ratings still have him underwater. As they might say on “Law and Order”, he is awaiting trial.

Robert "Bob" Grossfeld has 30 years of experience as an award-winning, political strategist and media consultant. He has twice served as Senior Advisor to Members of Congress, Special Assistant to the Arizona State Senate Majority Leader, and Communications Director at the Arizona Department of Education as well as the Arizona AFL-CIO. He also launched and was the Publisher of the groundbreaking online political paper, 'The Arizona Guardian." He has produced award-winning media campaigns and strategies for ballot measures, candidates for Congress, Legislature, municipal offices, and Native American Tribes. Bob is President of POLITICARE and Founder of The Media Guys
View all posts by Bob Grossfeld →
This entry was posted in Politics. Bookmark the permalink.

This site uses Akismet to reduce spam. Learn how your comment data is processed.