Accountability 2020: Make ’em do something 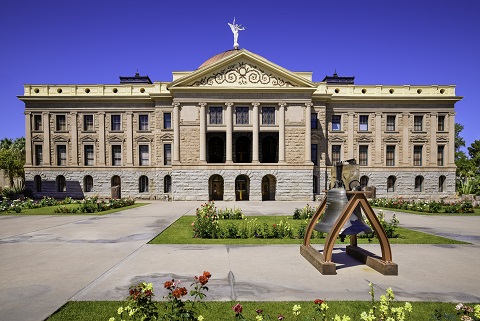 Like a gathering storm, the 90 members of the Arizona legislature are getting ready to invade the State Capitol again. So I want to get caught up on where we left off when they adjourned a few months ago

Basically, I believe that we need to evaluate the success or failure of the legislature by a different set of standards. I call this the “WTF Did They Accomplish?” standard.

↓ Not one thing that will effectively help us mitigate the effects of climate change, let alone acknowledge it is and has been happening.

↓Not one thing that will seriously move Arizona education to even the national average either measured as educational outcomes or teacher pay.

↓Not one thing that will unabashedly promote and protect Arizona’s cultural environment without the undue influence of political or social pressure groups.

↓Not one thing that anyone actually involved with facing the health care crisis considers even barely sufficient.

But they did manage to vote themselves a pay increase. That one, however, was even too much for Gov. Ducey to swallow so he put the kibosh on the attempt and was probably removed from many holiday card lists.

Speak out at a committee hearing. Follow this link to find out how.

With the new session starting on January 13 I took a look at a random listing of some of the State Representative’s bills that are already getting spiffed up for consideration by our duly elected officials. As of now, all that’s listed are the bill numbers and short titles. But you’ll get the idea. You’ll find a complete list from the House of Representatives

Try to remember that each of the 90 members of the legislature is empowered by we the voters to make laws of significance;  Reflecting real efforts to resolve problems that affect all of us and make the most of statewide opportunities. You be the judge…

There’s HCR2006 Assyrian Genocide; remembrance day and HR2001 supporting Israel; recognizing Jerusalem. I oppose genocide and support Israel. But I fail to find what they have to do with improving life for Arizonans.

There’s a bunch of education-related bills you might find of interest. HB2016 teacher immunity; student discipline hasn’t been fully posted yet but it kind of looks like somebody wants to give teachers a blank check for beating up on a kid. But I could be wrong.

Speaking of education here are a few of their other ideas:

But while the young folks wouldn’t get any help trying to figure out dating, another piece of legislation is clearly designed to give them time to think it over, HB2017 is called schools; pledge; quiet reflection.

I suspect this one may be an effort at remediation for members who don’t have a clue about how to handle tax money. HB2010 is for a personal finance course; requirement; appropriation.

If you’re concerned about Climate Change HB 2022  calls for schools; environmental education instruction. It will do nothing to actually protect our environment, but the kids will be better prepared as their climate continues to deteriorate.

In 2019 most cases of the ongoing Measles outbreak in the State of Washington have involved children between 1 and 10 years old who had not been vaccinated.

I love this one. HB 2050 schools; immunizations; parental control. Take a guess. Go ahead. I’ll wait…Yup, it seems to be another effort to bring back Measles, Mumps and all those other childhood communicable diseases we wiped out years ago thanks to universal immunizations. Apparently someone doesn’t understand social resp0nsibility.

Finally, there’s HB 2049 medical conditions; medical marijuana. That one seems pretty obvious. But, hey, how about just getting on with things by legalizing cannabis so the government stops deciding what disease or affliction qualifies. Haven’t we grown up at least that much?

There’s more to come. We haven’t even looked at the State Senate yet. And its anybody’s guess as to what Governor Ducey has up his sleeve. Many assume he’s betting Trump will have another term and ‘ole Doug will get some gig out of it.

All in all,  this is not a good start to living up to the  “WTF Did They Accomplish?” standard.

Robert "Bob" Grossfeld has 30 years of experience as an award-winning, political strategist and media consultant. He has twice served as Senior Advisor to Members of Congress, Special Assistant to the Arizona State Senate Majority Leader, and Communications Director at the Arizona Department of Education as well as the Arizona AFL-CIO. He also launched and was the Publisher of the groundbreaking online political paper, 'The Arizona Guardian." He has produced award-winning media campaigns and strategies for ballot measures, candidates for Congress, Legislature, municipal offices, and Native American Tribes. Bob is President of POLITICARE and Founder of The Media Guys
View all posts by Bob Grossfeld →
This entry was posted in Politics. Bookmark the permalink.

This site uses Akismet to reduce spam. Learn how your comment data is processed.